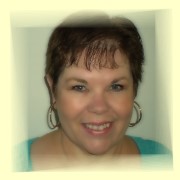 I'm so pleased to welcome as my guest today Carol Kilgore. I love visiting Carol's blog, Under the Tiki Hut.

Carol is a native who has lived in locations across the as the wife of a Coast Guard officer. Back under the hot sun in , Carol writes a blend of mystery, suspense, and romance she calls Crime Fiction with a Kiss. She and her husband share their home and patio with two active herding dogs, and every so often the dogs let them sit on the sofa.
Today Carol is going to share with us some thoughts about one of my favorite parts of speech.

Donna, thank you so much for hosting me on your blog today. I can't believe it's August already. Why is it that summer always speeds by?


Speeds? Not my favorite word. Speeding reminds me of driving too fast and getting a ticket and having to sit through a Defensive Driving class for eight hours. Not that I'll admit to ever having done any of that, so you can't take my statement as an admission of guilt. But the officer was kind of cute J


So maybe I shouldn't have said speeds. Rushes. Water rushes off the roof in a rainstorm. Zooms. Summer rarely lasts long enough, but I don't think it zooms fast like a jet. Flies by? Does a season have wings? Hmmm.


Can you tell where I'm going with this?


I'm talking about verbs. Strong, descriptive verbs that show exactly the action you want to relay to your readers. Think of verbs as the Three Bears.


Papa Bear Verbs are too zippy and bounce our writing along like sugar-coated jumping beans shot full of speed. These verbs force the reader to notice the action in the sentence above all else. Often that's not what we, as writers, want. Another variant of Papa Bear Verbs is the unique verb. These are verbs that really stand out to the reader. We read it and go Oh, wow! That's great. I would've never thought to use such a perfect verb. Then we read it again. And again. And yet again, and swear we'll scream if—aargh!


Spiritless Mama Bear Verbs cause our writing to creep along at a snail's pace. The reader becomes impatient with the progress and begins to skim. She looks at this, she thinks about that. He's walking to the store. Pacing becomes a problem, we skim a page or two or to the end of the chapter and close the book. Maybe we don't pick it up again for a while. Or ever.


But Baby Bear Verbs are just right and capture the exact image, feel, and sound the writer is searching for. These are the verbs that you feel in your bones and know in your soul are Baby Bear Verbs from the moment you write them until the time you read them a dozen drafts later.


What about you? Do you strive to use Baby Bear Verbs in your writing? Do you have tricks you use to keep your verbs in line?
Thanks, Carol. From now on when I'm trying to select a verb, I will do my best to pick one that's "just right."
With a last name like Kilgore, I thought it fitting that Carol writes novels that blend mystery and suspense. If you're looking for a way to stay cool in the summer heat, check out Carol's novel IN NAME ONLY. Here's the back cover blurb: 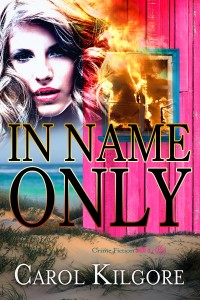 No home. No family. No place to hide. For Summer Newcombe, that's only the beginning.
The night Summer escapes from a burning eatery and discovers the arsonist is stalking her, is the same night she meets Fire Captain Gabriel Duran. As much as she's attracted to Gabe, five years in the Federal Witness Security Program because of her father’s testimony against a mob boss have taught her the importance of being alone and invisible.
No matter how much she yearns for a real home, Summer relinquished that option the night she killed the man who murdered her father. But Gabe breaks down her guard and places both of them in danger. Summer has vowed never to kill again, but she's frantic she'll cost Gabe his life unless she stops running and fights for the future she wants with the man she loves.