Guest Post: Jan Morrill on "Make Us Love Your Characters" 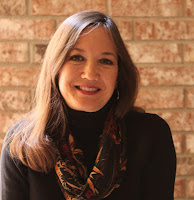 Jan was born and (mostly) raised in California. Her mother, a Buddhist Japanese American, was an internee during World War II. Her father, a Southern Baptist redhead of Irish descent, retired from the Air Force.

Her novel, The Red Kimono, (University of Arkansas Press, January 2013), as well as many of her short stories, reflect memories of growing up in a multicultural, multi-religious, multi-political environment.

I love the cover of Jan's book and look forward to reading it.

Her award-winning short stories and memoir essays have been published in Chicken Soup for the Soul books and several anthologies. Recently, she was nominated for the Pushcart Prize for her short story “Xs and Os,” which appeared in the Voices Anthology.

An artist as well as a writer, she is currently working on the sequel to The Red Kimono.

Jan is a gracious and generous author who shares her talent with others in the writing community. She served as past president of OWL and past conference chair of OWFI. Today, Jan shares with us her tips and strategies on how to:

Make Us Love Your Characters


What is it that draws you into a novel? Makes you turn the page? For me, it’s the characters. I want to read about characters I can relate to, that I care about and with whom I can sympathize. I even want to read about those I might hate. In other words, I need to feel something about them, or the story doesn’t matter to me.


Most writers have heard the rule, “Show, don’t tell.” To me, that means tell the story through the character, using not only his senses, but his voice.


So how can a writer make his characters fuller, richer? I have several methods I use and I’ve listed my two favorites below. These exercises have also helped me break through periods of writer’s block:


These methods have drawn out new personality traits, new story lines, even secrets that I hadn’t known before. I laugh when I talk to audiences about these techniques. Confessing that my characters have “told me secrets” when before, I’d stared at a blank page, feels a little crazy. But crazy or not, it works.


I begin by compiling a list of questions. These are simple questions I’d like to know about any acquaintance, or even a stranger. I’ve created a list of over twenty questions such as:


Here’s what I suggest to make the interview most effective:


1)      Close your eyes and imagine sitting with the character. Imagine the setting – sights, sounds, smells.
2)      Carry on a conversation in your mind and write it down, recording the conversation without lifting the pen from the page or your fingers from the keyboard. Don’t censor and don’t edit.
3)      Pay attention to your character’s “voice” in both the dialogue and internalization.


In my experience, often this interview becomes a short story on its own. To read an interview I conducted with one of my characters, see my blog post, “Happy Hour with Nobu.”


Write a Letter to Your Character


In another of my blog posts, “Sachi’s Letter to Nobu,” I wrote a letter from Sachi to Nobu when I was stumped with a scene in The Red Kimono.  There are a variety of ways you can use this technique. I’ve listed them in order of which I’ve found to be most effective:

1)      Write a letter from one character to another. In the voice of the character writing the letter, tell the receiving character about what is going on in his/her life, just as you would write a letter to a “real-life” friend. This will often prompt ideas, when before, you stared at a blank page.

2)      Have your character write a letter to you. Start with your character telling YOU how frustrated he is that you can’t seem to understand what he’s trying to tell you. He can ask YOU questions such as:

3)      YOU write a letter to your character. Tell him how frustrated you are that he’s hiding from you. Ask him why he won’t talk to you? What’s he hiding?


You may be surprised at what you learn about your characters and your story using these techniques. Best of all, it will deepen your knowledge of your character. If you can transfer that new knowledge onto a page and into your story, it will draw your readers to want to know even more. And isn’t that what makes a page-turner?
***
It's not often to be able to gain such insight into how a successful author creates compelling characters.

Thanks, Jan, for sharing your time and talent with us today.  I especially like the idea of writing a letter from one character to another.
And good luck with the sequel to The Red Kimono.
at June 20, 2013