When I stopped by shortly after the 1 p.m. opening time on my way to Michael's soccer game, there were only a few seats left in the large banquet room.

A few minutes later, security personnel had to turn away fans because they had already exceeded the room's capacity for fire safety. I estimate there were several hundred fans. Hundreds of fans sat at crowded tables or stood along the aisles. Dozens of musicians performed or prepared to perform on the stages. Scores of volunteers sold food, CDs, books, and raffle tickets. Sturdy security folks stood in the lobby and at the exits to help the event run smoothly. Scores of folks unable to get inside waited in the lobby or milled about outside on the sunny, but chilly afternoon.


While I was there I ran into several of my writing friends and snapped lots of photos, but unfortunately my flash was finicky and some of the photos were blurry (sorry, Doyle and Irene).  Here are some photos that did turn out: 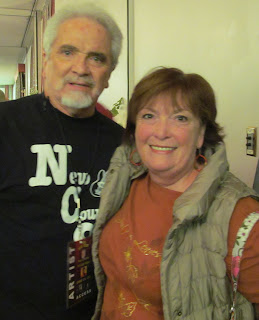 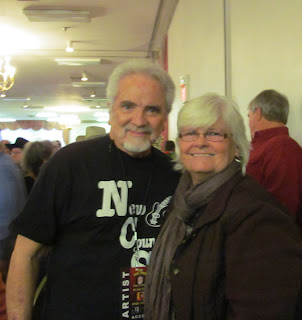 C and C Members Nick Nixon and Donna Volkenannt mug for the camera. 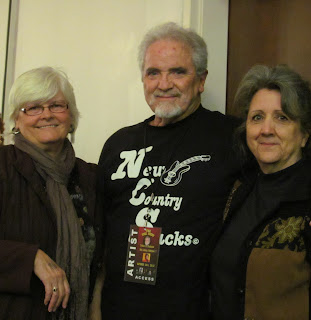 C and C members Donna Volkenannt, Nick Nixon, and Lou Turner share a chuckle.
High Hill Publishers Lou and Bryan Turner surprized Nick by publishing a collection of some of his essays and short stories. 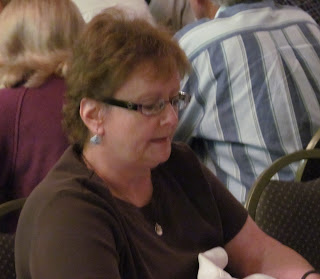 Good-hearted and generous C and C member Becky Povich donated one of Nick's autographed 45 records and a song sheet for the auction! 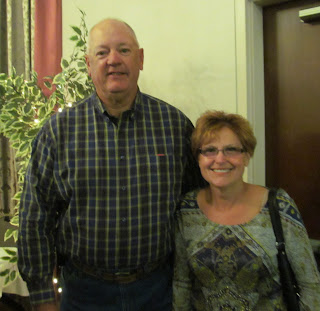 Roland and Alice (C and C Member) Muschany took time from their busy day to support Nick.
at October 31, 2012