From Mules to Works of Art in Osage County 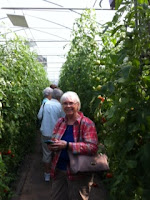 The day started early for my sister Kathleen and me. It’s a two-hour drive to the Community Center in Linn, MO, where we caught the bus for Osage County’s “Be a tourist in your own county” trip. This is about the seventh or eighth tour Kathleen and I have been on, and each trip has been a delight.


After boarding the bus, our first stop was the Thoenen Family Greenhouse on Hwy 100. We traipsed through greenhouses where the farmers grow tomatoes, cucumbers, broccoli, and eggplant; a barn full of sawdust that’s used to heat the greenhouses, and even a man cave converted into a tomato-washing operation.

Before we left, I bought some freshly picked tomatoes and broccoli, which tasted delicious when I shared them with my hubby the next day. 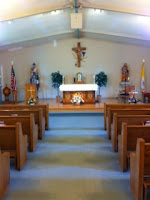 The second stop on our tour was St. Alexander’s Catholic Church in Belle, just across the Maries County line.

We learned about the parish’s rich history and its uncertain future, with declining population and the shortage of Catholic priests.

After the talk and tour we were treated to a Greek-style lunch and home-made desserts, provided by Maries County Bank in the church cafeteria.


During lunch I sat next to June, who has led a fascinating life. She told me that while her husband was stationed at SHAPE headquarters in Paris, she became acquainted with former first-lady Mamie Eisenhower. 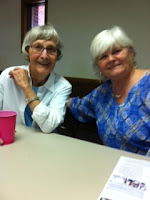 When June and Mamie played Bingo together, Mamie mentioned how Ike loved his fresh sweet corn and had to have it no matter where he lived.

June also had fond memories of learning to speak French while living in Paris then later in Thailand and her trips to Laos, Cambodia, and Vietnam during the 1960s and 1970s. After hearing June’s stories, Kathleen and I suggested she write a book.


Our next stop was the Pair-a-Dice Mule Farm, where we met Loren Basham and his family, who operate the farm.

Loren shared some biology about how mules are created (a female mare and a male donkey, called a “jack”) and how they are trained. We even were able to pet some of the mules, which were quite docile.

In addition to training mules, the Basham family publishes the “Mules and More” magazine. All bus riders were given copies of the glossy magazine, which is “published monthly for mule and donkey enthusiasts.” 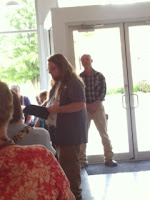 A highlight of the tour was a visit to the Osage Arts Community Gallery in Belle. Mark McClane, the OAC Board of Directors President, shared the history of the center and its mission to “provide time, space, and support to the creation of new work in a retreat format.” 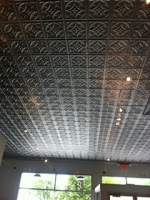 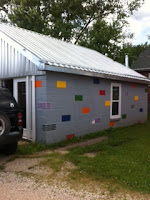 The gallery displayed some lovely art work, not only on the walls, but also on the ceiling. The 98-year-old tin ceiling is a true visual treasure. The center contains classrooms and has a loft which is available to artists from the community and region. And it’s all FREE!

We learned that retreats, held on the 170-acre OAC farm on Hwy D, can last from one week to one year, and artists must go through an application process.

During our visit we were treated to a poetry reading in the gallery and a ceramics demonstration in the ceramics studio.


Our last stop was Bob’s Custard Shop, just down the street from the OAC gallery. The custard stand has a lot of character, with its vintage Rock n Roll theme.


As we headed back to Linn, we learned about the “Taste of Osage County” on Saturday, June 25 at the Linn City Park from 1:00-5:00. If I’m in Osage County that weekend, I will definitely check it out.


After a full day of sightseeing, Kathleen and I returned to St. Peters with lots of memories, and some fresh vegetables to share with or families.
at June 07, 2016 15 comments:

On the Road Again

I'm excited about the tour I'll be taking tomorrow with my sister Kathleen. I'll be getting up at o-dark-thirty to drive us to the Community Center in Linn, MO. There, we will board the bus, which leaves promptly at 8:30. The tour will take us through the southeastern area of Osage and Maries Counties.

The trip is sponsored by the Osage County Agritourism Council. This is probably the seventh or eighth tour we have taken with this group, and each time has been a delight.

Here's what's on the agenda for tomorrow's trip:

The weather forecast for tomorrow looks like sunny skies and mild temperatures.

Check back later this week or early next week for photos and to read about the journey.
at June 01, 2016 12 comments: