More Notes from the All Write Now Conference: Tiffany Schofield and David Armand 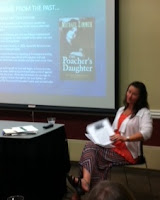 Here's another installment of my notes from the All Write Now! Conference earlier this month.

During a morning session Five Star Publishing representative Tiffany Schofield gave a presentation on how writers can challenge their characters.

Her presentation included a discussion on some of her favorite recent reads and how the authors challenged their characters.

Here are some notes from her presentation:

* Readers get invested in characters.

* Read twice as much as you write.


* Keep a journal/note what stood out as a reader and jot it down.


* For pacing, balance dialogue and narrative.

* Writers can take some liberties in historical fiction, but history buffs will call you out if you make a mistake.

* Push through; challenge the norm.


* Without failure, there is no growth.

During lunch, keynote speaker David Armand spoke about his writing journey from an adopted son in Louisiana to a college professor at Southeastern Louisiana University.


His memoir, My Mother's House, opens with the image of rotten peaches, bruised fruits left on the floor to rot. He felt the peaches represented his life as being discarded and bruised, but still bearing fruit.


His remarks were inspirational and focused on how books saved him and made a difference in his life. Through books and writing he was able to live his grand dreams.


He also suggested writers:
* Do the work.
* Believe in yourself.
* Take the seeds from an image to create a story.

He closed with a line from the Robert Frost poem, "The Road Less Traveled."

Although his remarks were brief, they demonstrated how reading and writing can change lives. 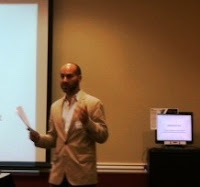 One of the most informative sessions at the AWN Conference was John Rudolph’s presentation on “Don’t Call the Lawyers: Understanding Publishing Contracts.”


It was apparent that Mr. Rudolph, an agent with Dystel and Goderich Literary Management, is skilled on his topic. Here are a few tips he shared with the standing-room-only crowd:


* Hiring a lawyer might cost more than what an author makes on a book.


* Pay attention to who pays for ancillary materials (photos, indexing).


* Unless you’re dealing with a movie studio, don’t give up movie rights.


* Author should have approval over copyedited manuscript.


* Unless you accept a flat fee (work for hire), you own the copyright.


* Reserve the right to an audit and ask for an accounting statement at least once a year.


* Plagiarism and lawsuits are rare but expensive.


* Limit as much as possible the first look at next book option.


* Any rights not expressly covered by contract belong to you.


Remember, the publisher wants you to succeed. A contract is an act of good faith, not an adversarial relationship!
at July 21, 2016 9 comments:

Notes from All Write Now Conference: Perfecting Your Pitch with Jill Marr

Pitch Perfect at the All Write Now! Conference 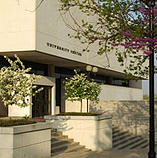 Next weekend several members of the Coffee and Critique writers' group will be heading to the SEMO campus in Cape Girardeau for the Third Annual All Write Now! Conference.

A few of us have signed up to pitch projects to agents or publishers. At time of registration, we were allowed to select two members of faculty to present our pitches to during the conference.

I signed up for Jill Marr from the Sandra Dijkstra Literary Agency or Tiffany Schofield from Five Star Publishing. I won't know which one I'll get selected to pitch to, but I'll be happy to discuss my project with either lady.

Several years ago I pitched a work-in-progress to an agent who invited me to query her after I finished my project, which, for reasons I won't go into, is still incomplete.

Keeping the "practice makes perfect" motto in mind, some of our critique group member are going to be perfecting our pitches before our Coffee and Critique meeting next Tuesday.

That leads me to the purpose of this post. Please feel free to respond to these questions.

Have you ever pitched before?

What were the results of your pitch session?

What advice do you have for someone giving a pitch?

Specifically, what dos and don'ts  do you have to share?