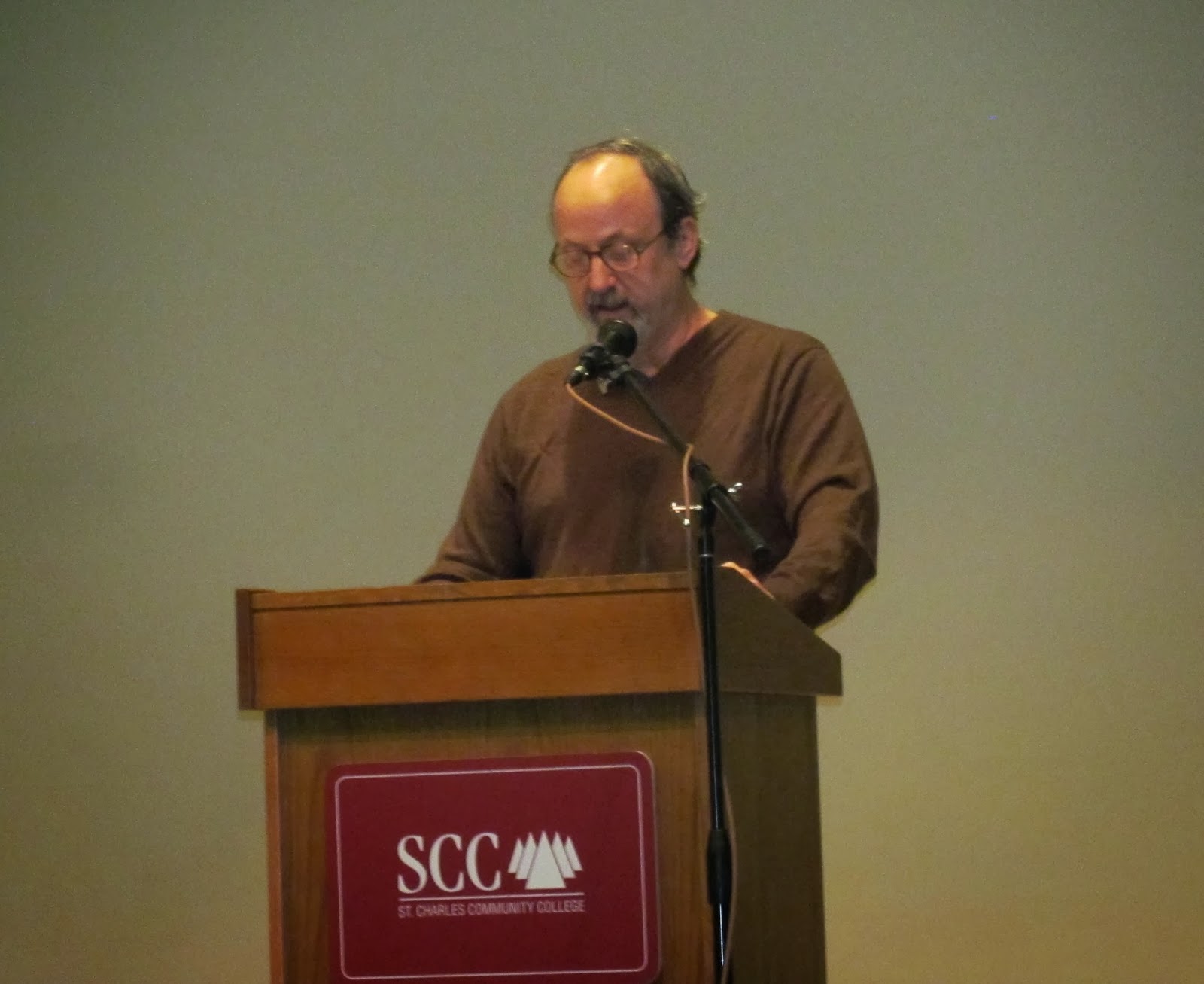 Last week, I was among an estimated crowd of 200 people at St. Charles Community College who listened to critically acclaimed Missouri author Daniel Woodrell read from his works and talk about writing.

I arrived early and saved seats for two of my writing pals, Mary Horner and Marcia Gaye.

During the event, Woodrell, who has been described by the LA Times as a “Backcountry Shakespeare,” read passages from Winter’s Bone and The Maid’s Version. He also spoke about the inspiration for his novels and answered questions about writing.

I took pages of notes and a few photos. Here are some highlights: 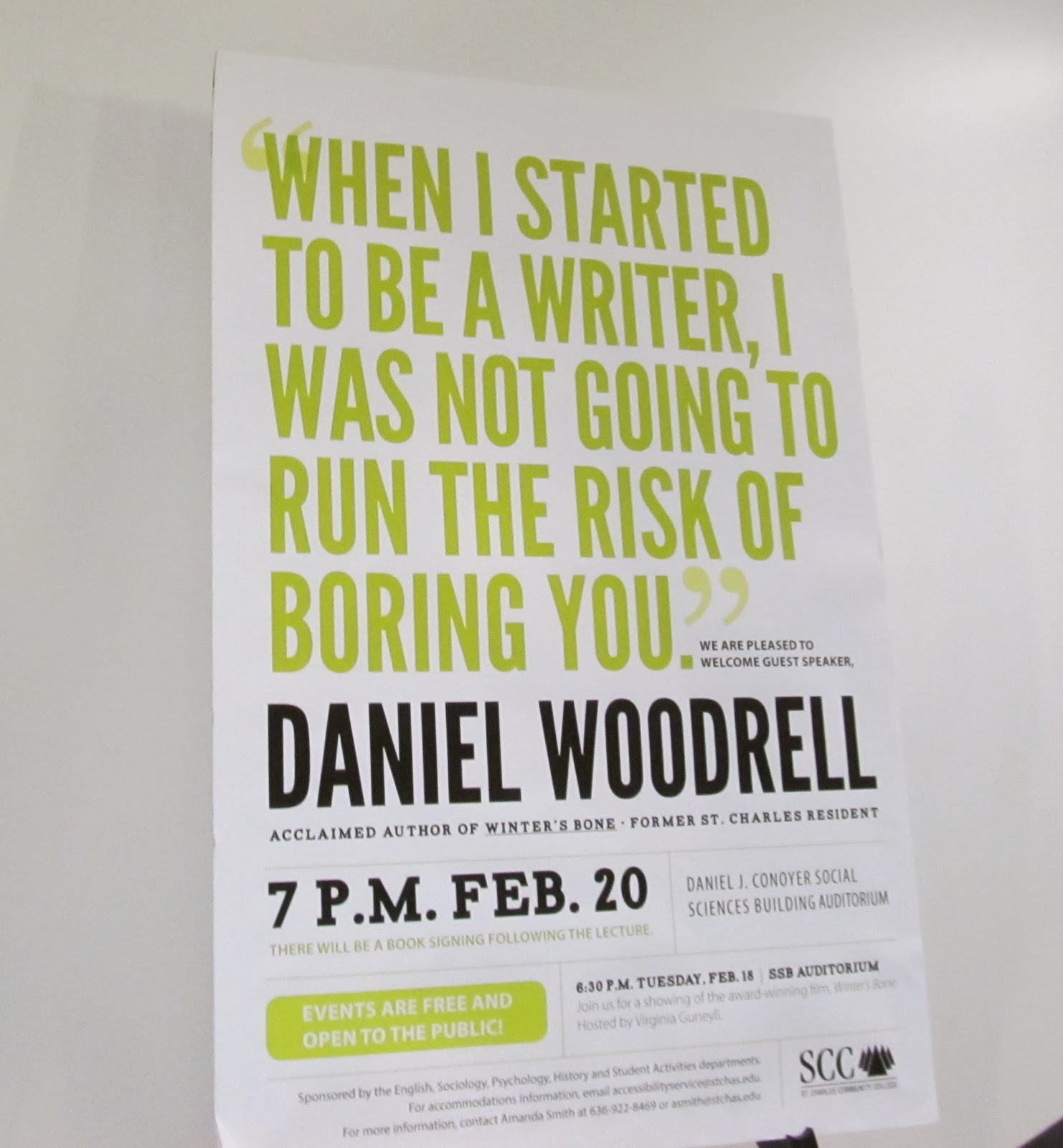 * Most of his bios don’t mention that he grew up in the Frenchtown section of St. Charles while his father attended night school at Washington University. He moved from the area in 1968 and remarked about how the area has grown since then.

* Because of his mother’s encouragement, he learned to read before going to school and was comfortable with books at a young age.

* He has always had “class” on his mind as a writer. He didn’t want to preach about it, so he decided to write about it fictionally.

* The setting for Winter’s Bone evolved after he and his wife moved to the Missouri Ozarks in 1995. In an early draft, the main character, Ree Dolly, was in her 30s and the younger kids in the story were hers. Once Woodrell realized he was “completely off the rails,” he wiped away pre-conceived ideas and had to go all the way back and start over. 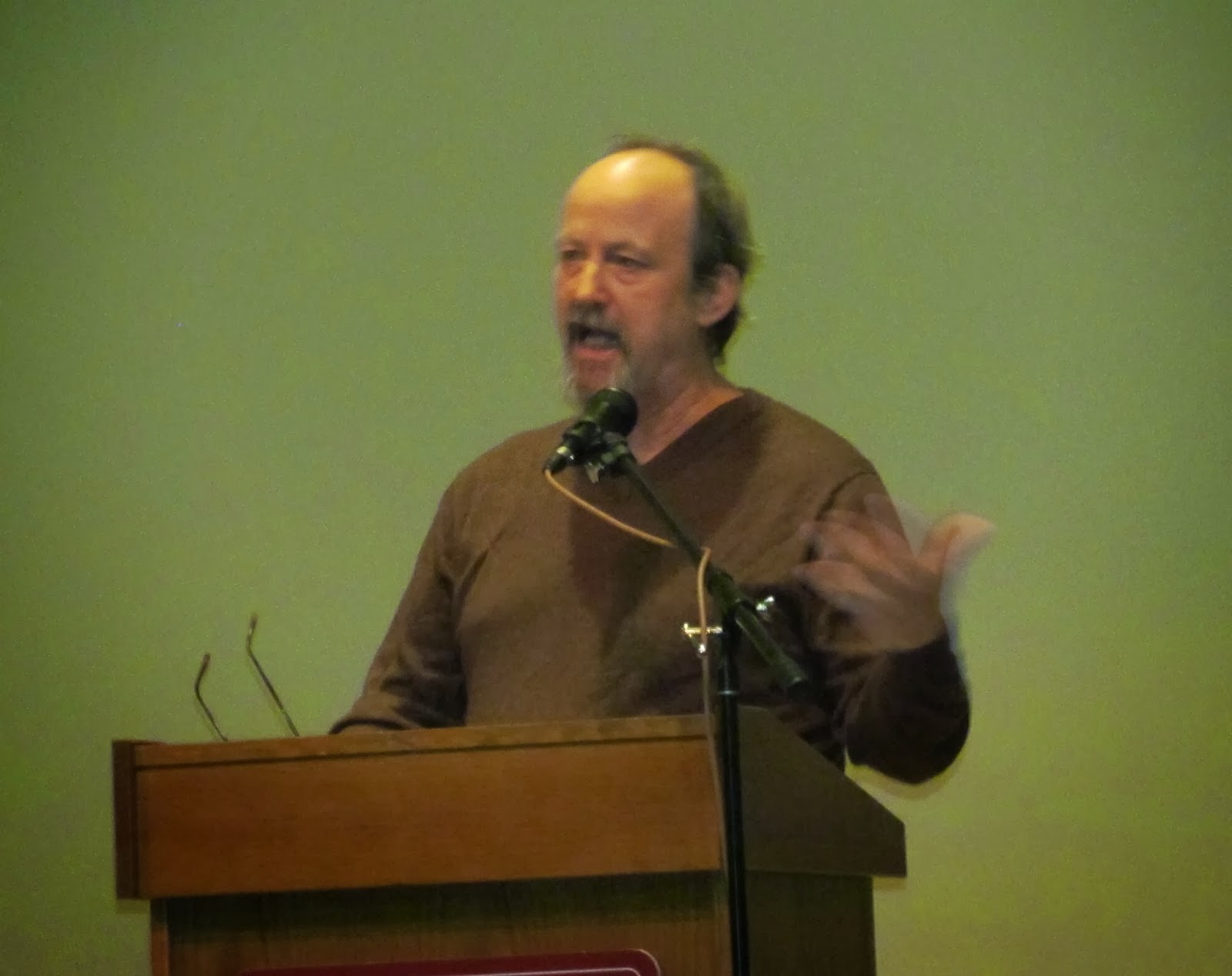 * Strong, formidable women have influenced him his entire life. His mother and grandmother were “terrific gossips and told stories for which there was no proof.”

* The Maid’s Version, which is based on an actual event and is his most autobiographical novel to date, is a finalist in the Fiction category for the LA Times Book Award.

* When writing The Maid’s Version, he stalled until he decided to tell what the maid thought happened. Once he made that decision, he was able to get focused.

* As a beginning writer he wrote pages that didn’t go anywhere. He found he was technically proficient before he “could write with emotional honesty about characters.” 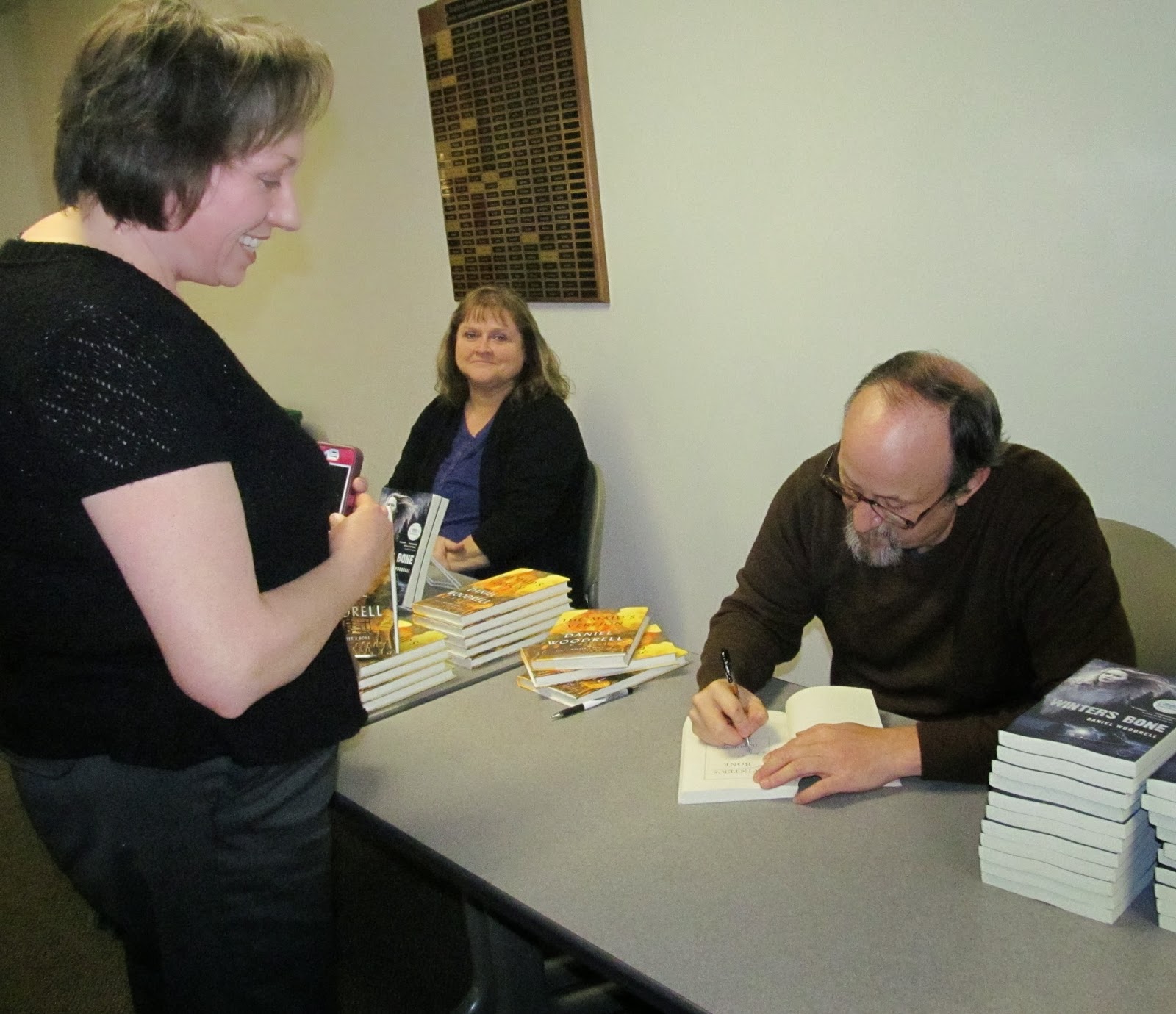 * In his non-writing jobs he was a “terrible employee” and knew writing was what he needed to do to “ride this horse to the end.”

While Mary (at left) and I (below) got our books signed, I asked Woodrell about his next project. 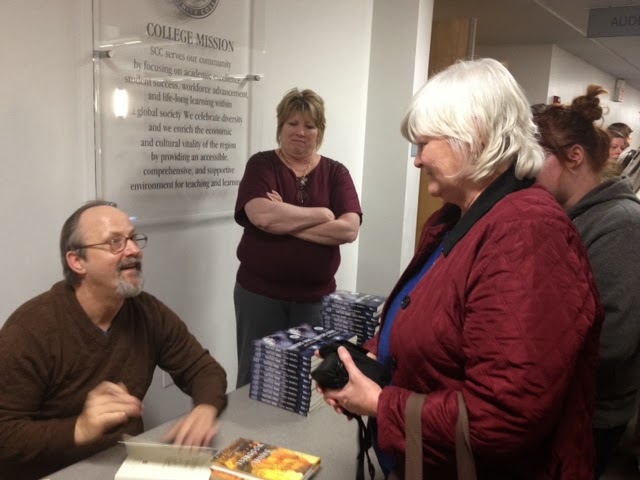 He told me he is intrigued by the fact that in the past each generation of parents assumed their children would have a better life than they had, but nowadays that’s not necessarily the case.

He also hinted that a setting for a future book might be a Missouri River town much like St. Charles.

What a treat it was to learn about the craft of writing from one of the best writers of our time!

For a more detailed account of Woodrell’s talk, hop on over to the Walrus Publishing site to read an article I wrote about the event.

Award-winning Missouri author Daniel Woodrell, who grew up in St. Charles and lives in the Ozarks with his wife Kate Estill, will be speaking at St. Charles Community College this coming Thursday night (Feb 20) at 7 p.m.

According to the SCCC website, Woodrell will comment, read an excerpt from "Winter's Bone," answer questions, and sign copies of his books, which will be available for sale from the SCCC bookstore. (Note to self: Don't forget to bring checkbook.)

With the bad weather over the past few months, I've gone to only one author signing this winter. Not only is the weather improving, but SCCC is just over a mile from my home. I'm going to attend this event, learn about writing from one of the best, and buy some books. 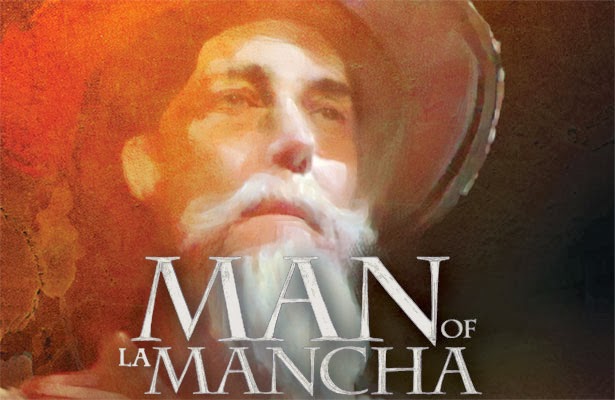