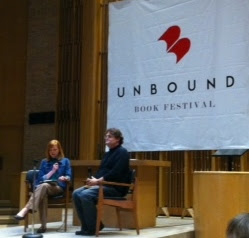 
Next week I’ll post some notes I took during Senator Claire McCaskill’s conversation about Pretty Ladylike, the book she co-wrote with Terry Gainey.
at April 28, 2016