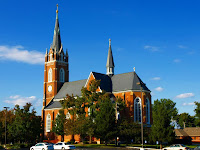 If you are unable to make the event but are curious about Emma Sarana Heppermann, who laced her potato soup with arsenic and was suspected of murdering five of her seven husbands, one of her mothers-in-law, and even one of her own children, click on the link above.
at September 28, 2015