Nightmare in Washington: "Walking Dead" Politicians Sucking the Blood Out of Our Nation

What’s been going on lately in Washington is truly frightening, to the point of being nightmarish. 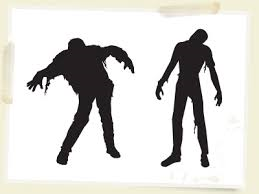 Maybe it's because Halloween is just around the corner or because I've been watching too many scary movies on TV or it could be the spicy sandwich I ate the other night, but I have a wild notion about what is wrong with the career politicians running Washington -- and our nation -- into the ground.


Zombies and vampires are in charge of our government, on both sides of the aisle.


What else can explain their bizarre behavior?


Think about how the zombie-vampire members of Congress cleverly disguise their true essence:


During the day they roam the halls of Congress in fancy business suits and ties or dress suits and high heels. Rapt minions trail behind them, waiting to serve their every need, whim, or desire.


To look fit – and no doubt to fit in with the living – these zombie-vampire members of Congress spend hours in the Congressional gym or on the golf course – both of which were open during the shutdown, according to news reports.


Others frequent tanning booths to conceal their pasty skin tones.


A few of the more vain Congressional members seem to have had some “work” done to hide their wrinkles and make them appear younger looking.


Some politicians like to imbibe in alcohol after hours—or maybe that odor is formaldehyde. 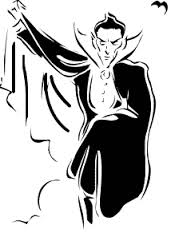 And what do they do for us, the citizens?


They feed on our fears.


They suck the blood out of our economy.


They stomp on our freedoms.


They do sneaky things when they think no one is watching.


And we can’t seem to get rid of them!


Somehow, the same politicians get re-elected year after year. They’re like a piece of chewing gum stuck to the bottom of a shoe. You just can’t shake them loose.


I have a solution to get these blood suckers the heck out of Washington – and out of office for good.


Forget silver crosses or garlic or holy water or other vampire-zombie elimination methods, whatever those might be.


There are two words that strike fear into their hearts – if, in fact, the zombie-vampire career politicians in Washington actually do have hearts:


Those two words are: TERM LIMITS.